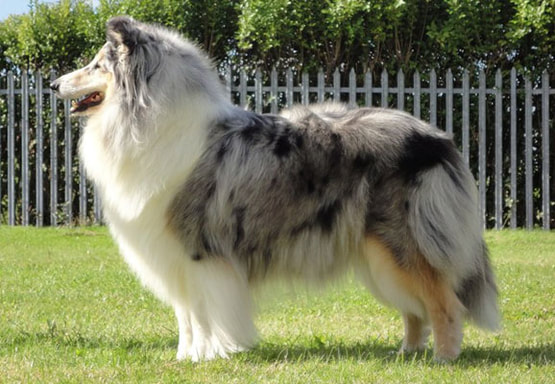 Sire: Ch Ladnar Kingfisher "Phenix"
​Dam: Branock Rum Truffle at Samhaven "Truffles"
s. 11.12.2010
kasvattaja- breeder: Alison Grainger
omistaja - owner: Sue & Dave Randall 2011-2014, Maria Teresa Garabelli 2014-
Pedigree.
Alice is one of the most playful collies I know. I have met her first when she was 4 months old, That was when his father Ladnar Kingfisher won Best In Show in British Collie, 2011. We played with Alice several times during my visit and I fell in love with her sweet expression and outgoing temperament. We met again in 2012 and I liked her even more when I saw her all grown up, move in the field with her pack. She was then 16 months old.

When Sue contacted me in January 2014 introducing Bruce and his litter brother Diamond and offering me a puppy, I immediately started planning how I could make it happen. I loved Alice. I was happy to get his son, "Sir Bruce" to Finland in March, 2014. Later in the year I learned that Alice had moved to Italy to live with Maria Teresa Garabelli at Allevamento di Cambiano. I was devastated at first, as I had dreamed of getting a puppy bitch from Alice one day.

When visiting England again in 2016 I learned that Alice had been mated to a Hitparade son in Italy and she was due any day. On 12th March, 2016 Alice gave birth to 8 puppies, among them 2 blue merle girls. I just had to try my luck and contact Maria Teresa in Italy. One of the blue girls was going to Sue and Dave in Ladnar and after some arrangements the other one was coming to me in Finland. I decided I didn't need to renovate my house, but get a puppy instead! So I flew to Italy in May, 2016 to meet Maria Teresa, Alice and Sofia with her litter mates!
Alice was as lively and active as ever when I met her and we went sheep herding down in the fields with her one evening! She really loves herding and it also goes down to her offsprings!

In Italy Alice has been shown a few times and is an Italian champion, Italian Club Champion, International Champion and Champion Producer. She has also passed a mental test in Italy.

Alice is what you would call a pack leader. She likes to be in charge of the pack, doesn't like competing bitches but likes males instead. At 8 years she is as playful as ever, likes to fetch a ball and be around her favourite people. She has produced many lovely litters both in England and in Italy and is a wonderful brood bitch.
​ 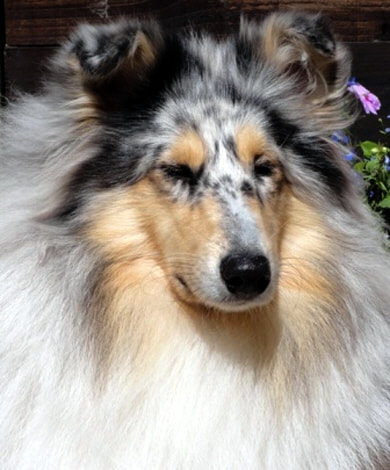 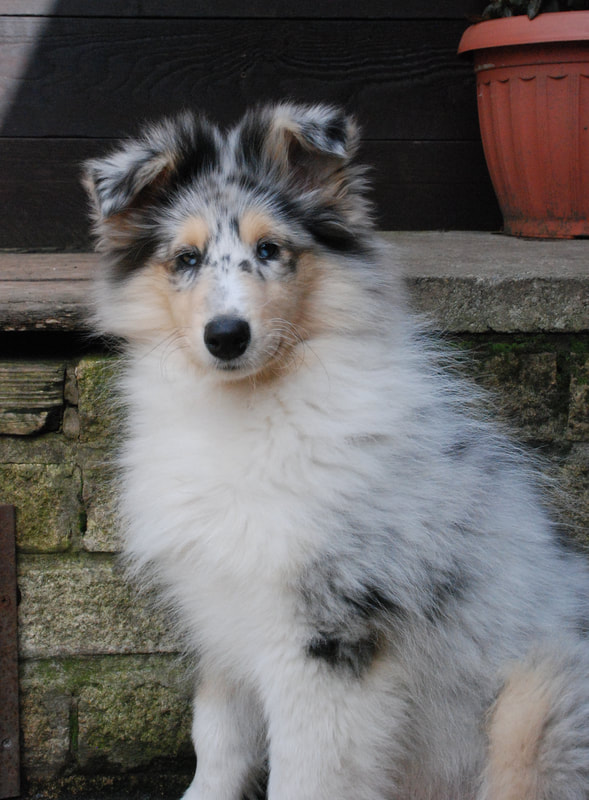 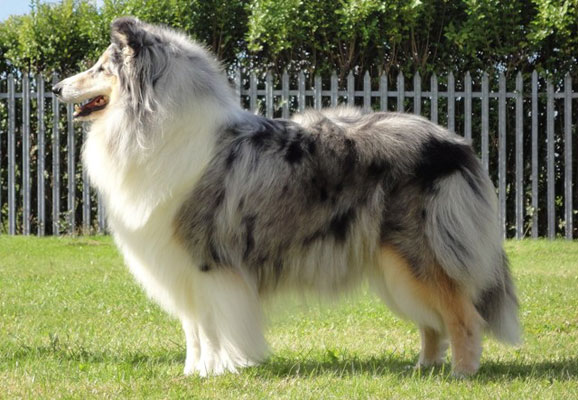 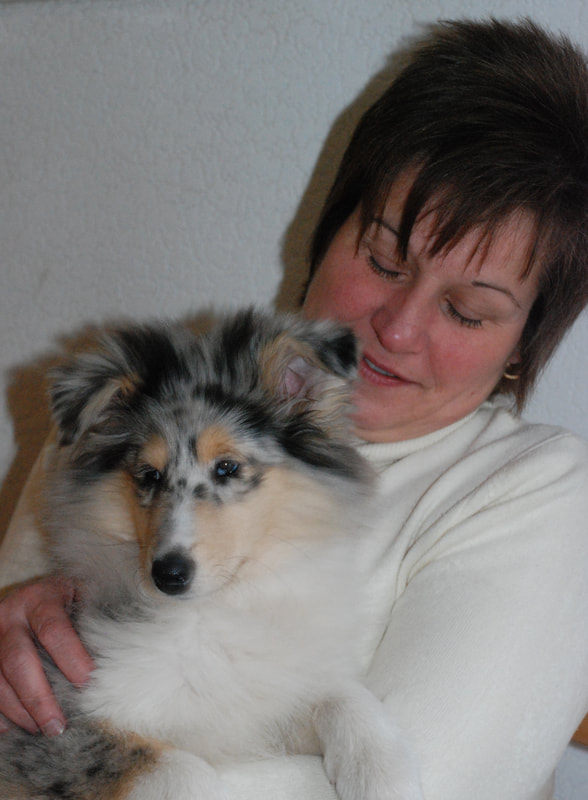 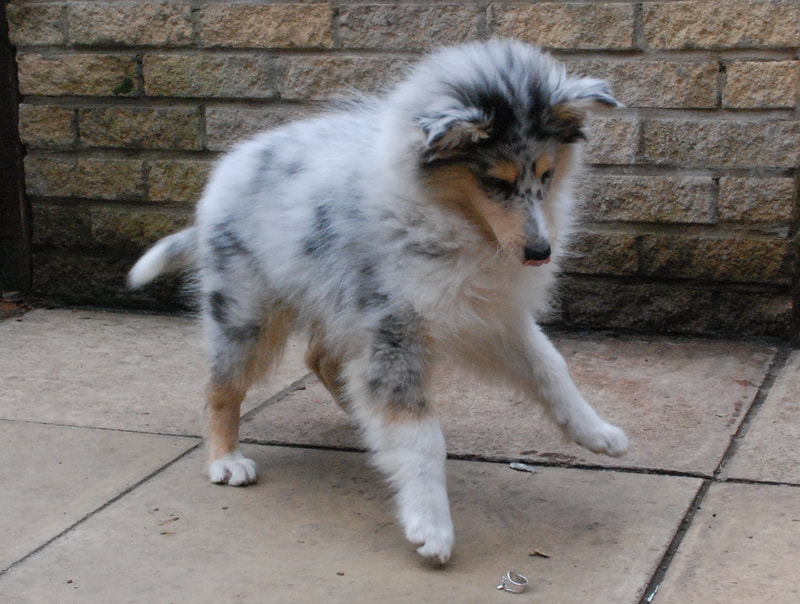 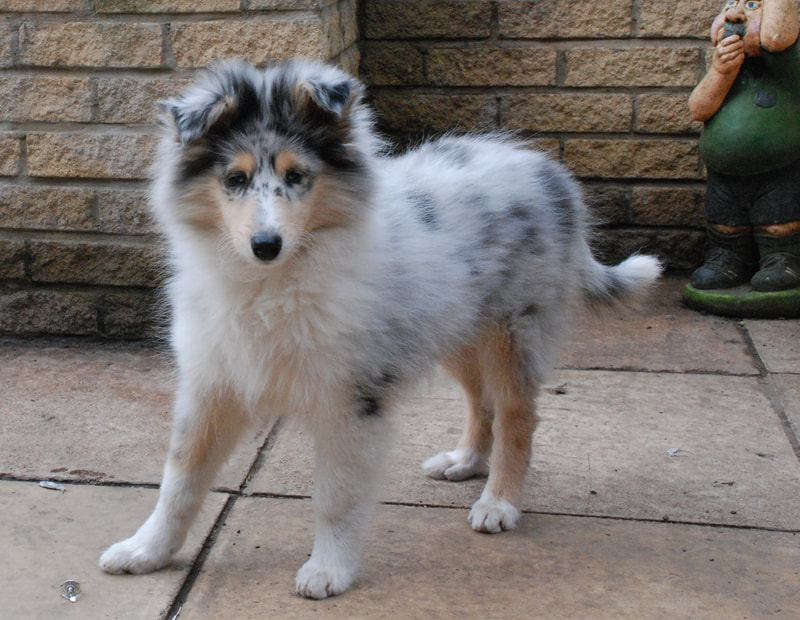 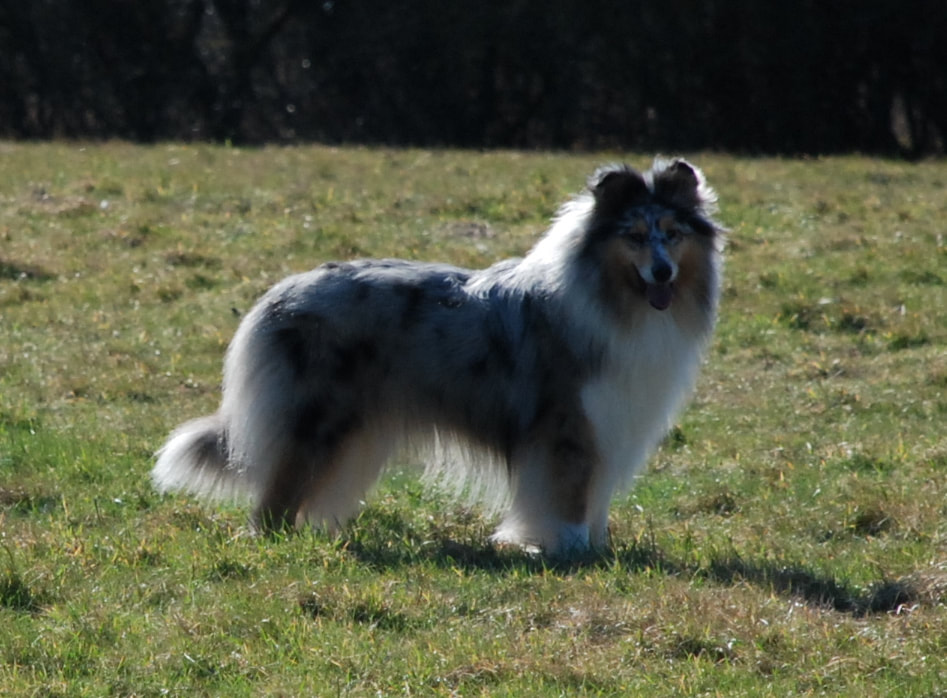 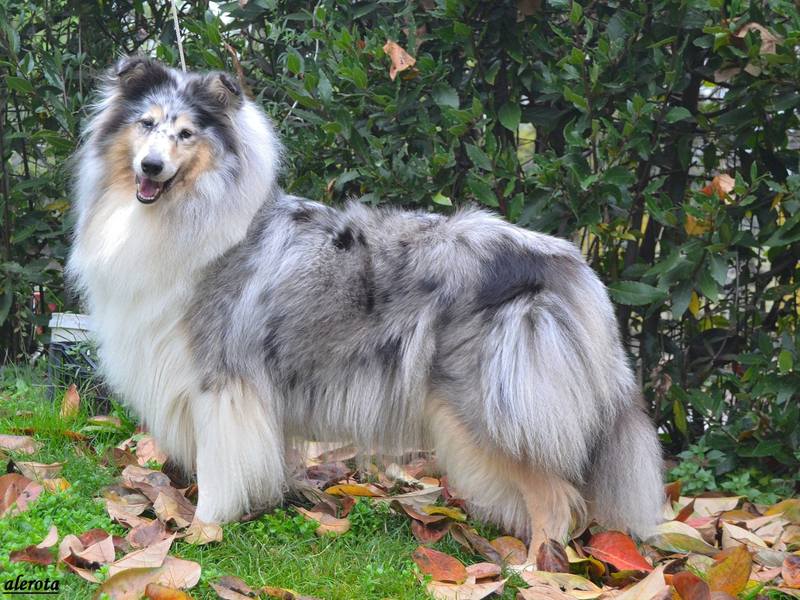 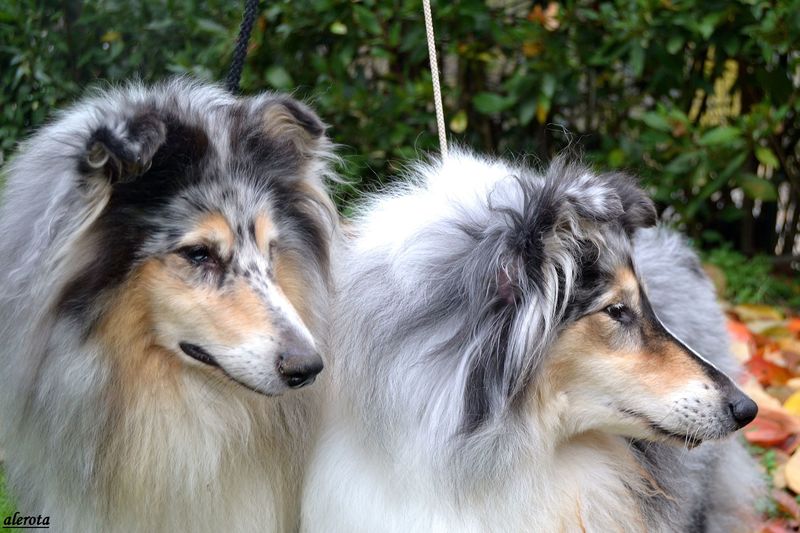 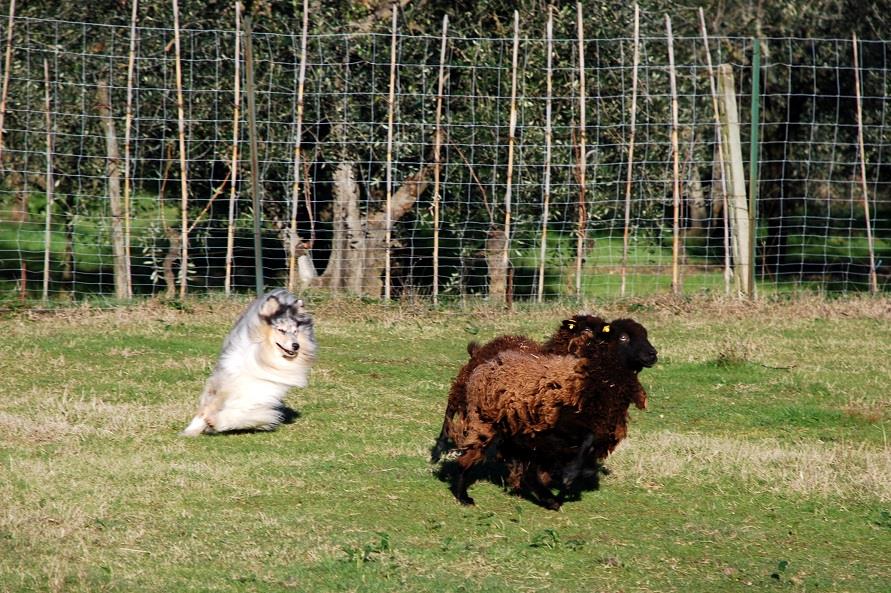 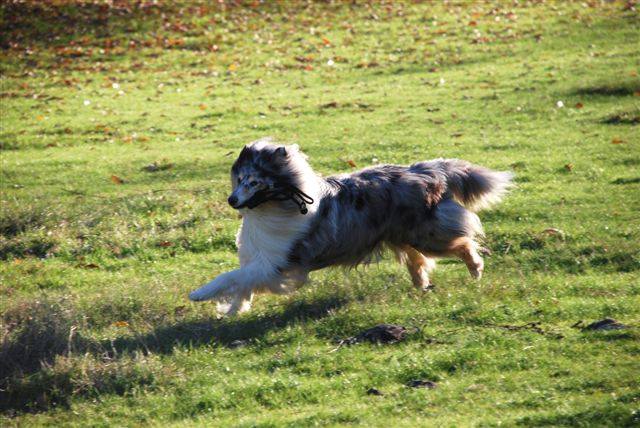 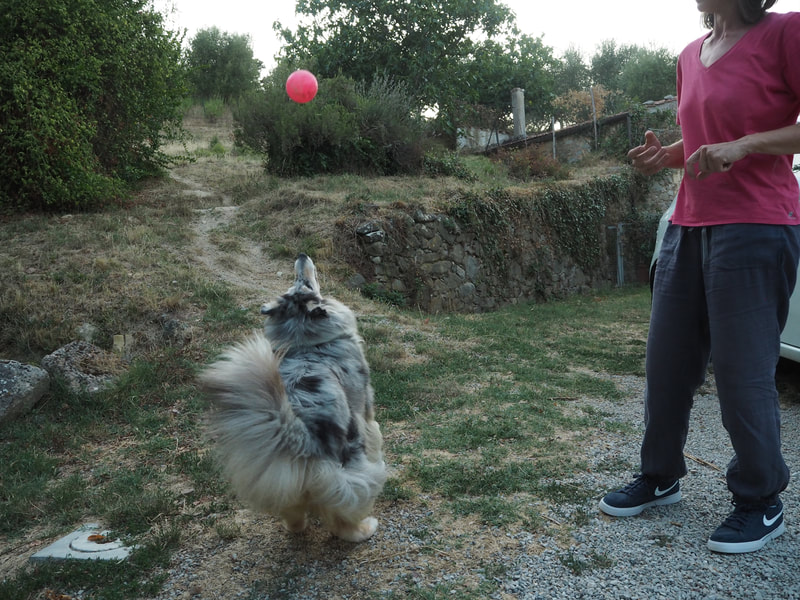